Ernest the Moos﻿﻿e who Doesn't Fit 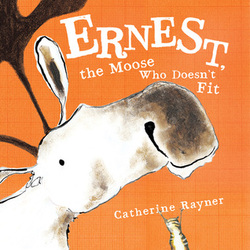 Ernest is so big he doesn't fit in the book -- no matter how hard he tries to squeeze in. Luckily, he has an industrious little friend who is ready to help. Rayner's moose is so expressive . . . he's winsome and hopeful and disappointed and, naturally, earnest. I especially appreciate the limited palette and design of the book.

**The children actually gasped aloud when I opened the gatefold page at the end of the book during Family Storytime! Loved that response! 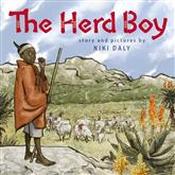 Malusi lives in rural South Africa and herds his grandfather's sheep -- a big job for a small boy. He has a friend who also herds and the boys play football (soccer) and have stick fights. Malusi longs to have a dog to help him protect the sheep from danger, especially the baboons that he is usually able to scare off. South African words are interspersed in the text (and there is a glossary with pronunciation guide at the end). The illustrations convey a wonderful sense of place -- depicted in the houses, landscape, fabrics, and clothing. On the way home one day, carrying an injured sheep, Malusi and his friend see a fancy car on the road. The car stops, and the man leans out the window to talk to the boys, asking what they want to be when they grow up. Malusi is too shy to respond, though his friend tells him he wants to be star football player, and Malusi wants to be president. The man (Nelson Mandela) encourages Malusi with the words "a boy who looks after his herd will make a very fine leader."

Recommended for kindergarten and up. I shared this with a group of elementary school students who were very engaged -- they were intrugued by the baboons,a child from Somalia recognized the cloth in the pictures -- "those are the kinds of patterns we have!" 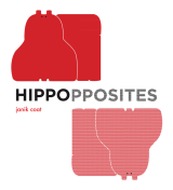 This is not an ordinary opposites book. A fairly static hippo is used to illustrate a surprising variety of opposites, some traditional and others more unexpected (examples). The innovative design and complexity of concepts make this a board book for more than toddlers, and it's large size and bold design make it suitable for sharing in groups. A visual delight.

If You Hold a Seed 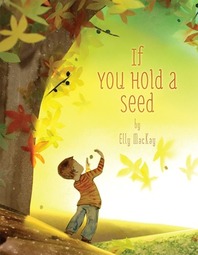 Just imagine all the possibilities held within one tiny seed! That's where it all begins . . .and then add a little dirt, some rain and sun . . and it is almost magical. MacKay's glowing illustrations convey the sense of wonder in noticing the details of the natural world around us. 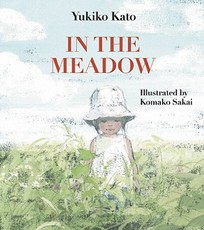 A little girl visits a riverbank with her parents and follows a butterfly into the meadow. She experiences the tall grasses, listens to the swishing sounds, sees a grasshopper -- and is just starting to feel a bit alone when her mom finds her. A very sensory book with a poetic text: "the meadow sways like the waves of the sea." The acrylic illustrations are dominated by tones of greens and blues. When she closes her eyes, darker greys dominate and she hears chirps, tweets, and the faraway sound of the river. I'd encourage children to try this -- close their eyes and see what they hear around them. A great book for a nature, science, or sensory storytime. 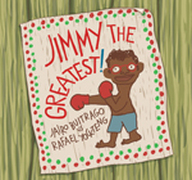 Jimmy lives in a small coastal town where there's not much to do. He's encouraged to train to become a boxer by the local owner of a gym, who also gives him newspaper clippings about Muhammed Ali. Jimmy is inspired by Ali (this is where "the greatest" of the title comes from), and ends up liking reading as much as boxing. The illustrations are filled with humorous details and extend the text. A book about finding your place as much as the sport of boxing. 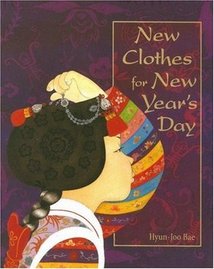 Gorgeous illustrations and poetic, engaging text:
It's a new year,
it's a new day, and
it's a new morning.
It's the first day for the beginning of everything.

Beautiful use of white space, deliberate and striking use of red and wonderful cultural quality in the details of the illustrations -- flowers, dress, setting. Notes at the end provide information about the holiday and the dress; includes diagram of dress with Korean names. 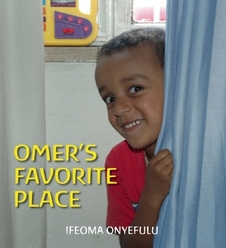 
Photographs show Omer's everyday life in contemporary Ethiopia; playing games with his sisters, helping his mother water plants in the garden, as he moves around the house and yard looking for his favorite place to play. A wonderful glimpse into everyday family life in modern Africa. 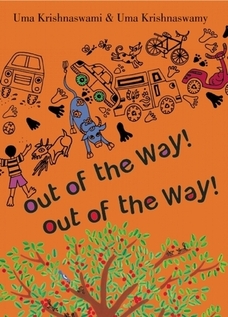 A little boy sees a young sapling growing in the middle of a path and places rocks around it to protect it. As the tree matures, the path also gets more and more traffic, turning into a road, so travelers must go "out of the way!" As the tree grows it also provides shade, a home for birds and other animals, a place to picnic, or to rest and think -- an oasis in a hubub of busy-ness.

Beautiful bright colored illustrations and the refrain of "out of the way!" make this picture book an excellent choice for reading aloud. Set in India, both text and illustrations give it a definite sense of place and culture.

Sora and the Cloud = Sora to kumo 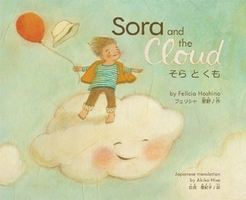 A beautiful, breathtaking, bilingual book. Little Sora (which means sky in Japanese) loves to climb . . . ever since he was a baby. When he climbs out of a tree and onto a cloud, imagination takes over the story. Soft pastel colors dominate the palette. Illustrations are watercolor, ink, pencils, markers, acrylic and tissue paper collage.

The Japanese translation by Akiko Hisa. Text is bilingual -- in English and in Japanese. Some Japanese phrases are written in Japanese characters and not translated in the text; a few phrases are romanized and not translated, with translations provided in the index. Other cultural elements are explained at the end, and I appreciate how they are incorporated into the storyline. An accessible, appealing story with distinctive Japanese elements.

This story would also work well for themes of imagination or play. Pair it with Tom Litchfield's Cloudette for an imaginative weather storytime.